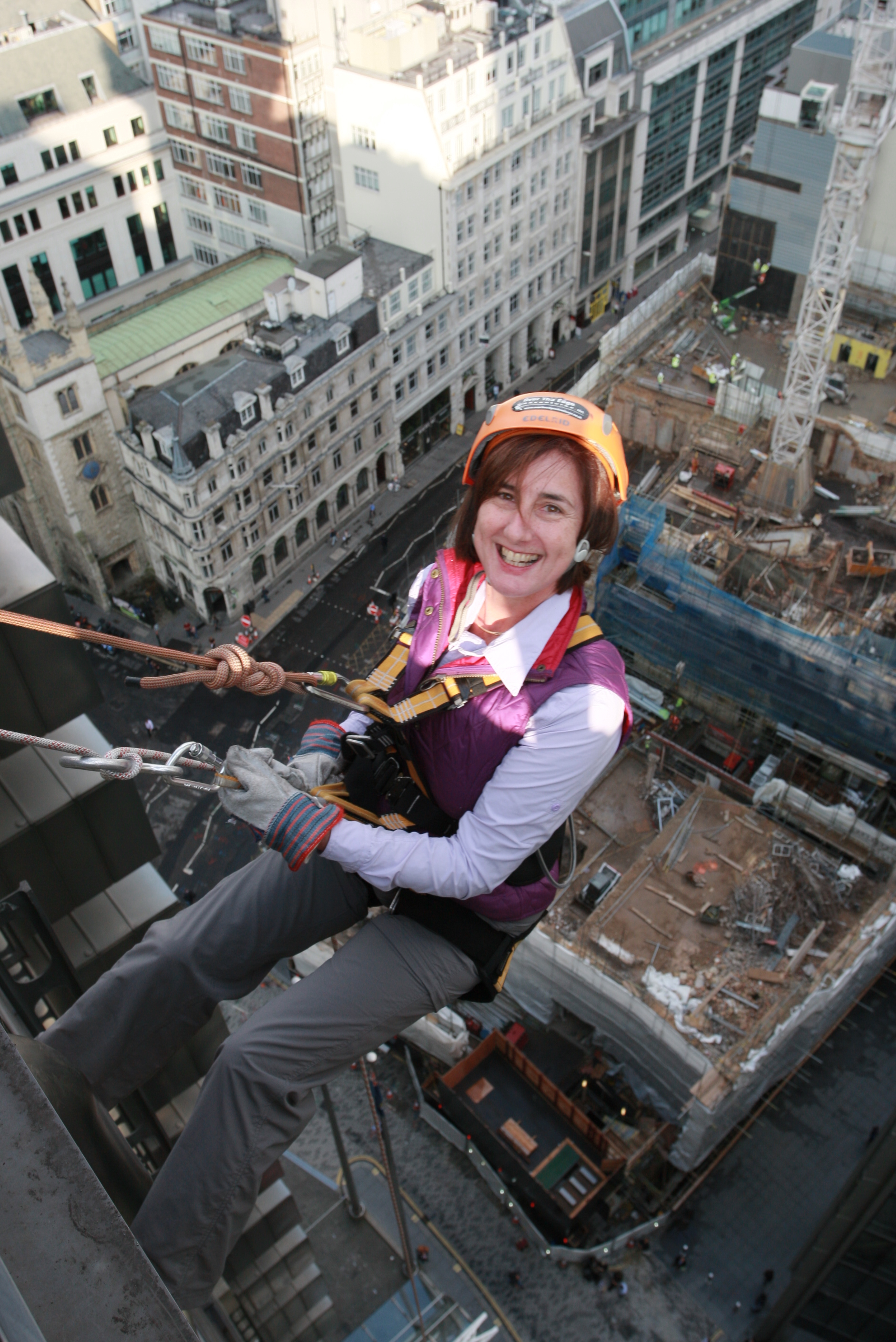 “You must be crazy and so brave” was the refrain that I heard frequently as I asked people to sponsor me to abseil the Lloyd’s Building. In contrast, I neither felt crazy nor particularly brave. I was excited by the prospect.

As a leadership consultant and executive coach I partner with my clients to explore who they are as “observers” of their world. The concept of an observer is not confined to what we see. It encompasses much more broadly how we engage with our work and life circumstances. For example it includes what are our values, what we think is appropriate, what are our accepted norms, what motivates us, what we are afraid of, what we practice and what our goals are. So I was curious about who I am as an observer and what influenced my very different attitude to the prospect of scaling the iconic 289ft (88m) London landmark.

Having participated in the first-ever float representing women in the City, Liveries and Banking in the November 2013 Lord Mayor’s parade, I was keen to demonstrate my continued support of the Rt Hon Lord Mayor of the City of London, Fiona Woolf, CBE.

The abseil was one of the many events organised to raise funds for the Lord Mayor’s Appeal 2014.  Fiona was keen for women in the City to show that we are capable of doing anything we set our minds to, even physically challenging events. As a member of her Diversity Advisory Panel and Immediate Past President of WIBF, Fiona asked me to champion the event amongst our members. How could I have refused the request of such a tremendous leader and role model who was also a great endorser of WIBF?

Further, I wanted to stretch beyond my comfort zone. As I share with my clients, practice makes behaviours that we would otherwise avoid more acceptable. Indeed, even though I don’t regard myself as an accomplished sportswoman I have done a few notable events such as white water rafting in the Franklin-Gordon Wild Rivers National Park in Tasmania, tightrope walking with my fellow Executive Vice President colleagues on a team building day and a high ropes course and zip wire adventure with friends in York. These earlier events taught me to trust the instructors and equipment and let go of my fears. As we know, judicious risk-taking is also essential in our business lives.

Another, perhaps subliminal factor, influencing me is that my father had been a pilot in the Second World War. Any feats I undertake related to heights somehow connect me to my dad’s memory and his bravery.

Lastly, I had met representatives of the four charities at various functions. I admired their dedication and programmes.  So I was keen to do my bit to make a difference.

So if I examine who I was being as an observer I was motivated by following the example of a great leader, being inspired by the work of four worthy charities, a sense of loyalty to my dad, a desire to stretch myself and make a difference, the confidence I had gained from previous experiences and the trust I had in the organisers.

As I set off for the Lloyd’s Building thunder clapped, lightning struck and there was a downpour. Fortunately, by the time I reached the roof the sun shone brilliantly. The view was breathtaking and I was keen to take the first step off. The instructor informed me that the ledge was flexible. This was not what I wanted to hear at that great height. I wanted stability! So as my first foot wobbled I coaxed myself to bring my second foot down. I could hear a group of my friends at the base cheering me on. I jumped off controlling my speed by manoeuvring the rope. I smiled at the office workers who looked out and waived from their windows as we descended. It truly was exhilarating. When I safely reached terra firma I felt invincible and ready for a glass of bubbles to celebrate with my friends.