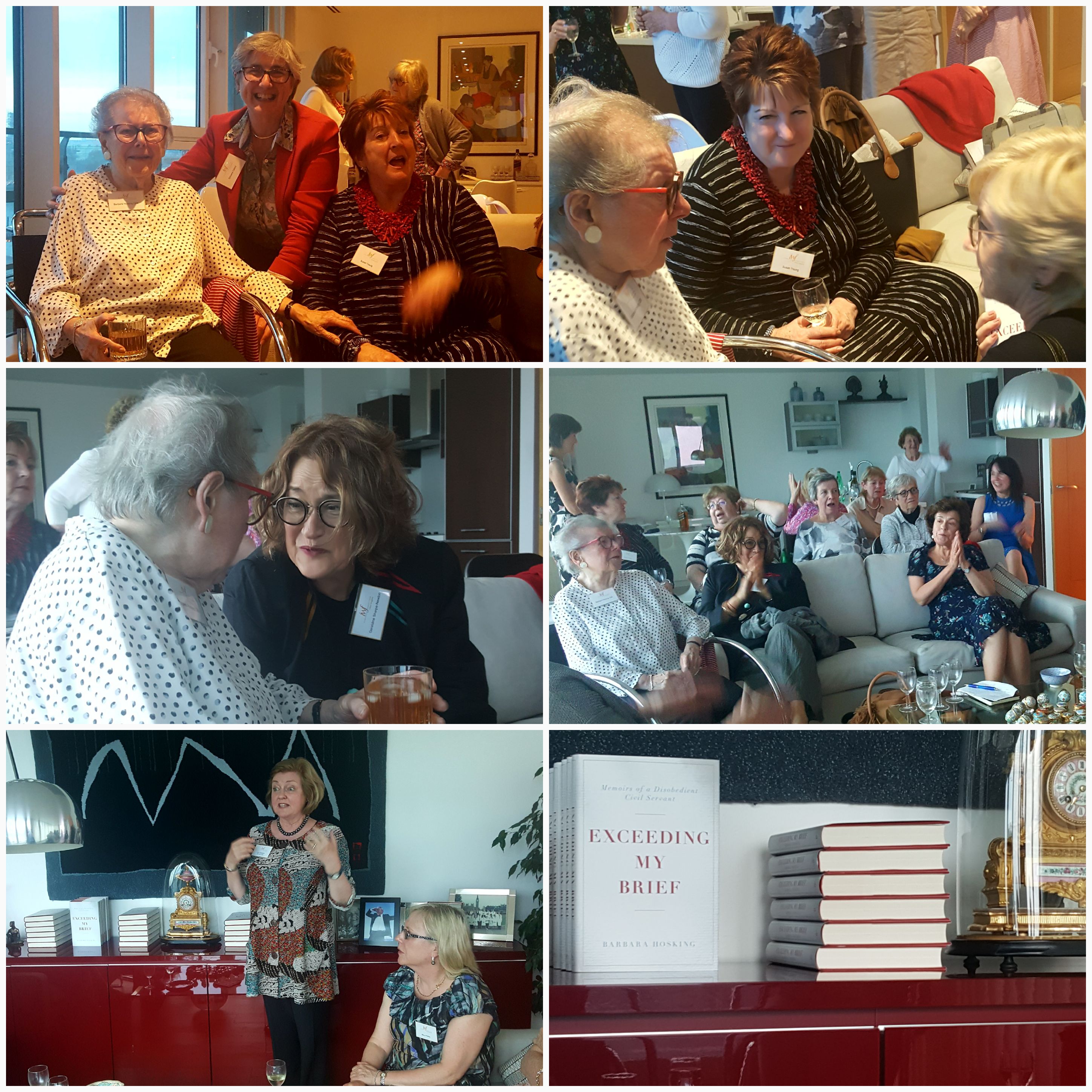 As a member of the International Women’s Forum (IWF) and the Story Telling Committee, I have the honour and pleasure of meeting and learning from women who have been trailblazers in their industries and held positions of power and influence. They are role models with their own style of leadership and gems of wisdom.

Barbara Hosking, CBE is one of the Founders of IWF-UK. She recently shared her experiences, insights and advice with members in a conversation about her book, Exceeding My Brief.  Whilst others might have slowed down or withdrawn from public life, Barbara proves that it is never too late to accomplish your goals. Her first book was published at the age of 91. It was launched in 2017 at the Reform Club Library. The room was overflowing with dignitaries, friends and past colleagues.

Barbara is notable for having reached the corridors of power in Westminster, despite humble beginnings in Cornwall, and the impediments of frequent bouts of ill-health and wearing an iron splint as a child.

She started her long and illustrious career in typing pools. She describes herself as lucky  and that

“people always wanted to teach me and I wanted to learn.”

Barbara had mentors who recognised her potential and encouraged her to take on more demanding roles. Consequently, she is an advocate of mentoring and advised us to find mentors and “name drop like mad.” She also suggested we not be shy in articulating our successes.

She spent time in the African bush in a copper mine where she had to learn how to use a .22 rifle. As she says,

“you don’t know you are a good shot, unless you have a go at it.”

She also adopted this philosophy in her approach to creative pursuits.

In her later career, she discovered that her deputy, a man, was paid more than her. Having a strong sense of justice and equity she believed this to be unfair. This gave her the courage to raise the issue with the Chairman.

She subscribes to the motto that

She advised us to speak out, not mumble and get help in public speaking.

“rules are to be interpreted”

not followed slavishly or without discernment.

It can be too easy to become dispirited about the same issues of women’s advancement and pay not yet resolved. However, as she pointed out the benefit of the long view is that

“we are leaving the foothills behind us. We have conquered mountains and there are still more to climb.”