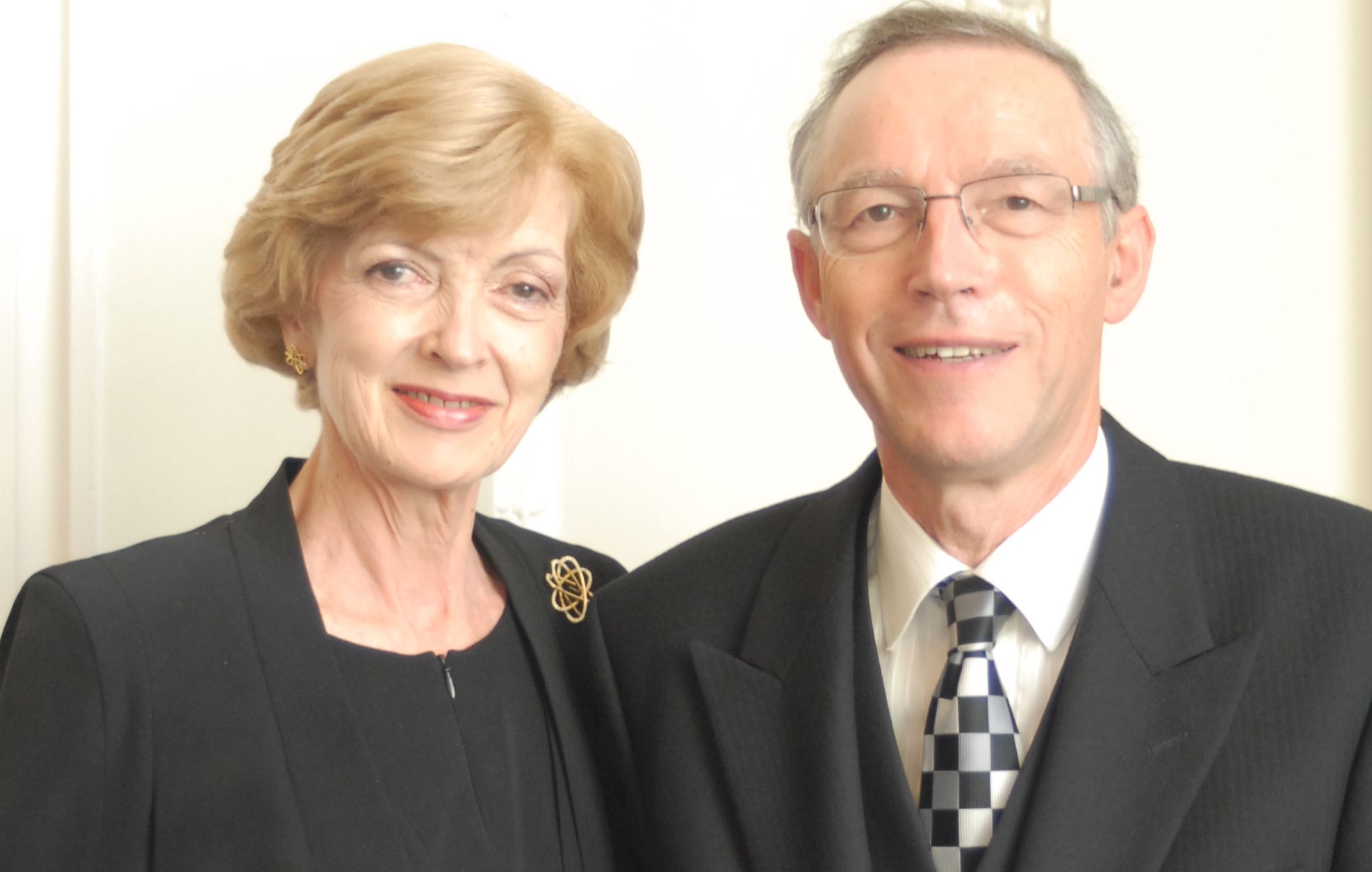 A recurrent theme from our Distinguished Speakers and Role Models such as Ana Patricia Botin, CEO Santander UK and Marisa Drew, MD and Co-Head of the Global Markets Solutions Group, Credit Suisse is that women must choose their husbands and partners well.1 It is essential for high-powered career women to have understanding, supportive partners who champion their success.

In light of the election of Fiona Woolf, CBE as the 686th Lord Mayor of the City of London, I was curious to learn more about Nicholas Woolf and this exemplary power couple. Fiona is only the second woman to hold the post in its 800-year history. The first woman was Dame Mary Donaldson in 1983. Fiona came into office on 8th November 2013 and serves as the global ambassador for UK-based financial and business services. In April 2012, WIBF corporate members were privileged to hear Fiona’s address at our annual corporate reception.2

It is together with men that we will make changes to the hiring and working practices of businesses and the acceptance and endorsement of women into more senior roles in all walks of life. I’m curious to find out what fears or objections men have to the advancement of women in leadership roles in business and civic life. So I asked Nicholas for his perspective. He responded that he didn’t know, as he has never questioned the idea that women can have successful careers. He had several very strong female role models. His grandmother was one of five girls in her family. She was the only one to marry and the others founded schools. His mother was a professional musician, always working while bringing up three children during the 1950s and 1960s.

In his own career as a former Tax Partner at Arthur Andersen (1968 to 2002) the firm treated professional women as professionals. Some who had children came back to work in senior roles. There was not a culture of overt discrimination and the partnership believed it promoted on the basis of meritocracy.3 However, Nicholas reflected that from 1970 to 2000 perhaps discrimination was more subtle in the form of unconscious bias. Hence, like Sir Win Bischoff, Chairman, Lloyds Banking Group interviewed on page 6, he points to the importance of the culture of an organisation. If it is right then all falls into place.

Nicholas stated, “If business wants to be successful it must use all its talent and must make the appropriate changes to enable this. It is now without debate that women make a positive contribution to business success”. Further he argues, “There remain pockets of resistance and if we see barriers we need to actively seek to deal with them”. Nicholas believes that women are better at people skills. He is proud of Fiona who has remarkable listening skills, picking up clues, knowing how to handle herself, having an extensive network, building long-term relationships and who is very generous.

I asked him if he felt that with such an accomplished and famous wife, he ever felt as if he were in competition. He responded that given his own success as part of a firm that was a global giant he has never been nervous about his own identity and status. Also in the last decade he has been busy with a portfolio career as the Chairman of several charities and a Non-Executive Director of a NHS Primary Care Trust and he is also a liveryman. In 2009/10 he was Master of the Worshipful Company of Tax Advisers. Further he and Fiona do different things that are complementary not the same. As a Partner at CMS Cameron McKenna and an Energy Consultant4  Fiona dealt with a very specific industry and very specialised issues whereas he has a different area of expertise.

Fiona’s career has seen her travel extensively. “If she didn’t get on a plane every week something was wrong” and at times they resided in different countries. She spent a year in San Francisco and six months at Harvard. They were resilient and managed to remain mutually supportive, a united force, speaking to each other often. Nicholas also travelled to the US to spend weekends with his wife. As he says, he has “an interesting and stimulating wife, who is enormously good at what she does; a husband can’t ask for anything more.”

Nicholas acts as “the support system and runs tons of stuff” together with Rosa their housekeeper who is still with them after 25 years. As he advises you need to get other people to help, who care about you, provide continuity and security especially for the children and so avoiding a series of potential crises.

The 686th Lord Mayor’s Plan5  has been a joint effort between Fiona and Nicholas with a lot of preparation behind the scenes. The plan consists of 4 programmes; (i) Harnessing Talent through the Power of Diversity, (ii) Tomorrow’s City, (iii) The Lord Mayor’s Charity Appeal and (iv) The Lord Mayor’s Charity Leadership Programme. As the Lord Mayor’s Consort Nicholas has a role and he is also the leader of the fourth programme. It will focus on the roles and responsibilities of chairs, which are different from those of trustees. His objective is to leave a legacy in this area.

Nicholas agrees that you should choose your partner well and create your own luck by noticing and seizing on opportunities as they arise. He advises that to have a smooth running relationship “don’t fight battles that don’t matter the following day” and learn lessons from your mistakes. Don’t be afraid to say what you think, but be careful how you express it because you jointly care about the results.

In terms of career advancement Nicholas recommends that you become good and technically proficient at your job and build on your experiences and if you are not being valued then move on to another firm. “The best people recognise the best people” and imposters will be found out. It is all about flexibility, reacting and coping with changes, being professional and building relationships.

1. Ana Patricia Botin addressed WIBF members as part of our Distinguished Speaker’s Programme in January 2011. Marisa Drew shared her perspectives in the May-August 2013 edition of the WIBF magazine.

2. See the text of Fiona Woolf’s speech in the September-December 2012 edition of the WIBF magazine.

3. For a provocative discussion about the idea of Meritocracy see the article written by Charlotte Sweeney in May-August 2013 edition of the WIBF magazine.

4.See http://www.fionawoolf.com or Fiona’s background and many accomplishments.